Another cosplay gem from r/Disney! I’m browsing r/Disney and come across this. You’re welcome. Upvote them guns.

Looks amazing! And then sandals.

Here are some hot cosplays that my #gaymer buddies will appreciate http://wp.me/p3UMCT-my

I need to start taking tips from this guy for my eventual ComiCon trip.

The Justice League movie costume department needs to take notes from this guy. And… Drool…

The day started out damp, which put Cathi in a mood, but we were ready for an awesome weekend! We arrived just around 1p, got in line for tickets, and immediately discovered the people in front of us were Chad and Kyon (Gary). Talked to them a bit, got our tickets, turned around they were gone, didn’t see them the rest of the day.

We immediately proceeded to the Power of Plot panel, and enjoyed hearing about establisher writers discuss their ideas on creating a plot. Cathi got inspired and immediately had a rough outline for our new project. After that we went to the board game room to hopefully get into a game of Munchkin.

They had already started, but someone said they were starting a game called Lacuna if we were interested. So Cathi and I joined, not knowing what we were getting into. The basic concept is you delve into the collective subconscious called the Blue City to hunt criminal. She played Agent Vinny Singer, a strong bald thug modeled after Vin Diesel and I was Agent Petunia Purcell, an African-American woman with style, who was an ex-bad girl in an health film. Seriously we were roleplaying and the subject of gambling as a motive came up so I said “speaking as an ex-bad girl in a health film, gambling can lead to all sorts of problems.” Totally worth it to see Cathi’s face when I whipped up that bit. As play progressed, I became the authority on sniffing out the loan shark because I was an ex-bad girl in a health film. During a downtime in the game we found out they were going to play Long Live the King later that night so we said we’d be back, I’d read the rules online and it looked like a lot of fun.

We had dinner, milled around the showroom, but didn’t buy anything. Met up with Andrew for a bit, that was fun. Then headed back to the game room to play LLtK, I was the Queen and Cathi was the Ambassador. LLtK is part LARP, part card game. Basically you assume a role in the court and as the King slowly dies, plot against the others to gain the power you want. As Queen Zacrina, my goal was to become regent for my two year-old princeling. Cathi’s was to incite rebellion for her parent country. Think of it as a medieval Survivor, because after a round of plotting the King would hold council and the players would get to petition the King. So lots of backbiting and drama, so fun! Ambassador Catherine had convinced her devotee the Captain of the Guard to detain the Archbishop in the dungeon for several months. Meanwhile, I had desposed the Royal Bastard and my son was named heir when the King’s erratic behavior at council signaled the release of the Archbishop, he joined forces with the Royal Bastard to manipulate him to be renamed heir. The King died, Bastard took the throne, and the Archbishop won because he was the real power behind the throne. Yea. TOTALLY FUN! We headed home after that, resolved to be back early the next day…

We arrived around Noon. (The early thing didn’t work out.) Andrew had been moaning about being alone and bored so we met up with him, somehow we ran into Aaron and his posse at the same time. It was crazy ass busy. The line for the con tickets stretched longer than I could even fathom. Anyways, it was bustling, and we ended up walking through the showroom packed with people with an entourage of Andrew, Aaron, and his friend Sean. The press of the crazy mix of cosplayers, humans, and whatever was stifling, but we encountered lots of cool stuff, check out my pictures to see some of it. The GM Rich from Lacuna was running a game called Don’t Rest Your Head, about insomiacs that gain superpowers from lack of sleep. Cathi was keen on trying this, and we got Andrew to play with us. Cathi was a bi-polar college student who couldn’t sleep because she was fascinated by all her lost socks. I played an ex-hippie named Sunshine, who was trying to dry out so couldn’t sleep. Andrew played an internet junkie who never slept because of the internet. Andrew’s character BeBop I think had to double-click everything to rid of pop-ups. I got bored because I didn’t feel very involved in the game, but Andrew enjoyed himself I think.

After that Andrew split up and Cathi and I went to the cosplay contest. I wasn’t let down, there was some amazing cosplayers, from the intricate chainmail to the elaborate hair bedecked with blue roses and the hand-sewn dress. I took a bunch of pictures. We broke for dinner after that then went back to the game room to play Ultimate Werewolf, a Mafia-style game where a villager dies every night at the hands of a werewolf and the villagers lynch someone during the day in an effort to purge the village of the werewolves. Basically, it is a lot of mind games. There were 24 players, so the mind games were fucking fun. I love Mafia games like that.

We then went to the dance party after that. It was a huge line to get in, con volunteers screaming to show the wristband and even one with a bullhorn lecturing us on not bring real weapons or any other metal prop inside. I felt like a teenager going to a “friendly frisk” at Grad Nite at Magic Kingdom. Yea, it was totally what I expected. Teenage otaku jumping around like idiots to awful “trance” music. Cathi and I had fun randomly doing a silly breakdown dance behind someone, we were being stupid like everyone else but it fun.

We got tired of that quickly, so we decided to check out “The Eighties Strike Back: a Star Wars Musical” done by a high school group. So f’ing hilarious. They turned each character from the Star Wars trilogy, turned it into an 80’s icon then sang 80’s songs with new lyrics. Such as “Video of a Killer Death Star” (Video Killed the Radio Star) or “We Built Cloud City, all for Lando” (We Built This City, on Rock & Roll.) Princess Leia was a classic Madonna in a white & silver outfit with frizzed out hair. Luke Skywalker was Marty McFly. Han Solo was Tom Cruise from Top Gun. Chewbacca was an overly hairy jock. Artoo was a girl in white and silver bedazzled jacket with pants and a metallic top underneath, with a blue glitter star over one eye like Jem. In other words, AMAZING!

We actually crawled to MegaCon before noon! I’m so proud of us. Today was the day we’d meet William so Cathi practically dragged me out the door. Okay, maybe not. Anyways, we checked out the showroom floor some and cosplay watched while we waited for William to show up. William joined up with us and I suggested we check out Arne Starr’s Trailer Park, because I know William is a film student. So we watch more trailers than I can recall, while Arne talked in a mild monotone about other upcoming film information between reels. It whetted my appetite for new movies, but apparently not enough since nothing stood out except TOY STORY 3, wohoo!

We broke for lunch, I wanted to go to the Star Trek panel to see LeVar Burton and Brent Spiner but we lounged too long and the room was full. After that we found Andrew in the showroom and I spent time with him while Cathi and Stank talked to mutual friend over at the Artist Alley section in the showroom. I swear Andrew was sniffing out any deal he could find on Doctor Who collectibles. I’ve never watched the show, but went along with the ride for a bit. I wandered off when Andrew got all fanboy with one of the vendors talking about Dr. Who. As I wandered by myself enjoying some solitude in the tumult of geekiness, I ran into plenty of friends: Megan & Jay, Aaron , plus other local furries that I know. I made it back to Cat & Will eventually, we really spent the rest of the afternoon there. We got totally absorbed in a corner devoted to LEGOS for a while, and I have a few pictures of those creations too. Very ironic since we could do that at Downtown Disney anytime, but it had a different appeal in a con I suppose. It got near to closing time at 5p, so people were making deals everywhere for last minute sales. Cat, Will, and I decided to go to Cici’s for post-con blues and just to unwind from the long weekend. We said our goodbyes and such to all the friends as we were doing the mass exit thing from the showroom.

So much fun, and I’m glad I was able to meet some cool new people and play a few new games. Lots of cool memories! 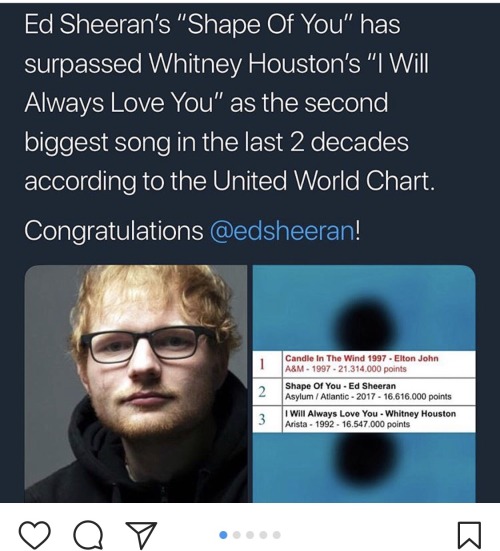 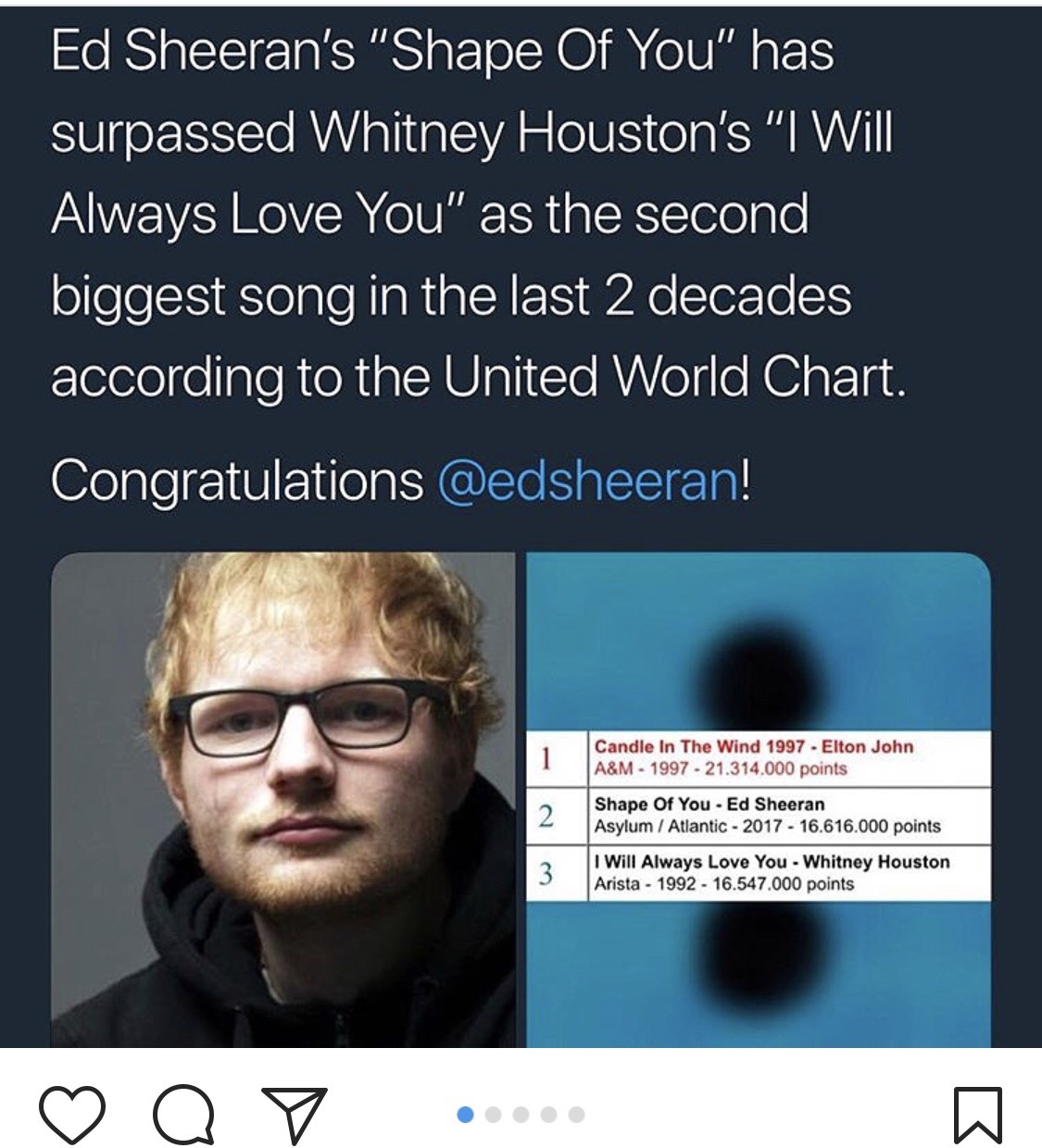