Massively: Raph Koster is collaborating on Crowfall [Updated with video] 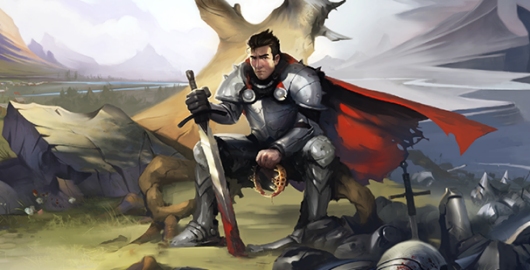 So here’s a funny story: Yesterday, the Massively writers were shooting the breeze in team chat when the subject of sandbox devs who were not also closet-gankers came up. “When do you think Raph Koster will finally make a new sandbox?” I asked, half kidding and half wistful. “Never,” Jef answered. Then we commiserated for a bit.

It turns out we were remarkably prescient because that day is… today. ArtCraft, the studio working on the nebulous PvP MMO Crowfall, announced today that Koster, the backbone of MMORPGs sandbox legends Ultima Online and Star Wars Galaxies, has been collaborating with the Crowfall team on the game’s design for a year already as a “formal advisor and design consultant.”

“Raph and I have been working together for about a year on the design architecture for Crowfall,” ArtCraft’s J. Todd Coleman wrote. “At the heart of this game, we have two core systems: dynamic territorial conquest and a player-driven economy. Marrying these two concepts is the holy grail of MMO development, and Raph is arguably the best person in the world to help us solve this puzzle.”

Koster gets a blurb of his own in the PR: “There isn’t anything on the market like Crowfall, and it has been a long time since some of these design ideas were explored. There’s a very specific audience out there waiting for a game like this — the conflict, the real economy — that has been looking for new steps beyond the games of ten years ago.”

Raph Koster is collaborating on Crowfall [Updated with video] originally appeared on Massively on Thu, 22 Jan 2015 10:50:00 EST. Please see our terms for use of feeds.

← The Marvel Universe is Ending?
Reblog: 14 Classic Children’s Books That Have Been Banned In America →